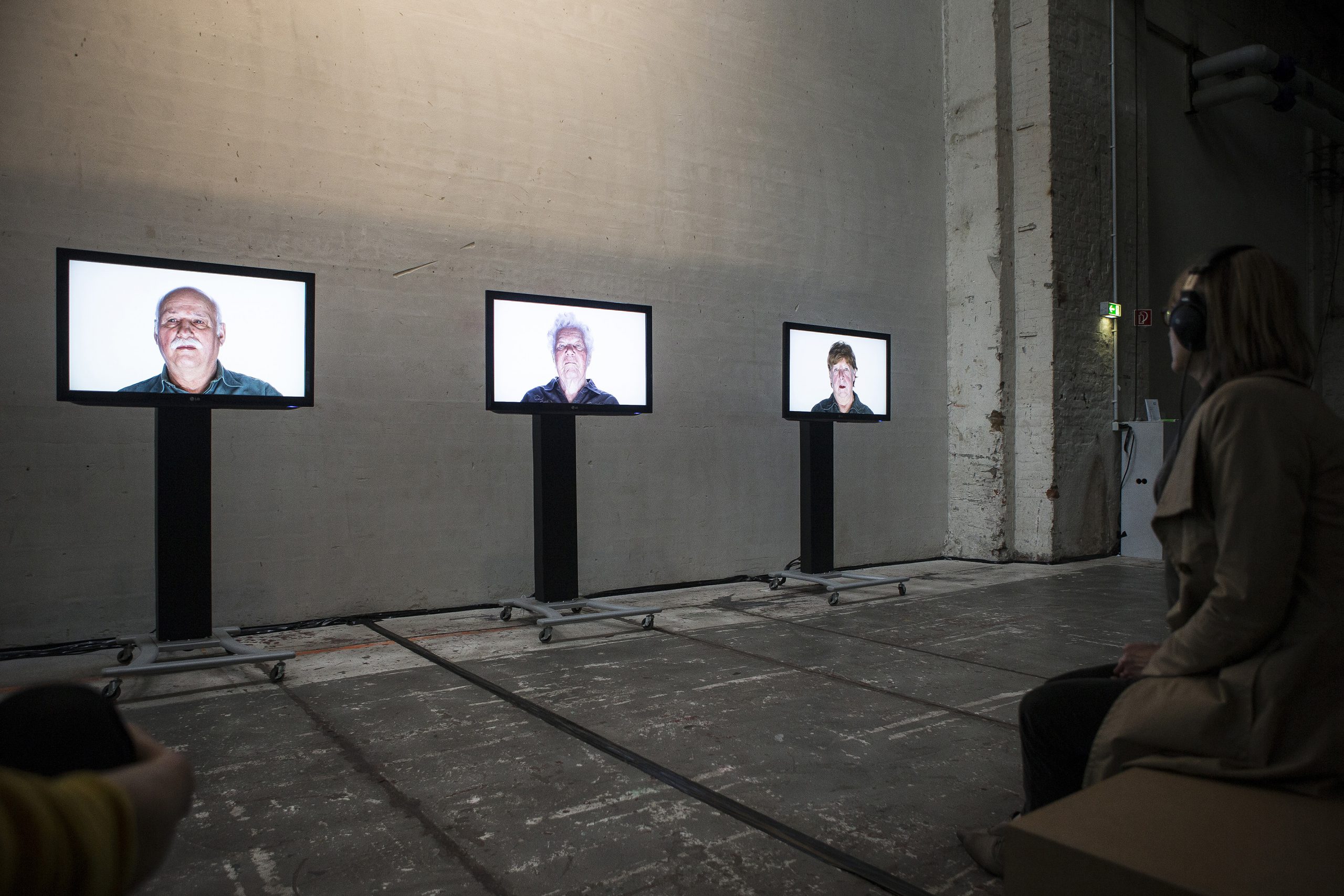 The starting point for Winks of Time is a difficult question: Which moment would one choose to tell from one’s life, if only one moment could be told? Stefanie Lorey asked this question to people from Hamburg who had already reached the age of 70, recorded their stories and created portraits of them. In Lorey’s investigation of performative collections, she asked herself how something as fleeting as a memory of a moment can be collected when its essential characteristic is to be ephemeral? And what can the chosen fragment say about a life and the people behind the narrative?

Winks of Time was a first test in Lorey’s research design. In this preparatory work, she combined spontaneous stories from senior citizens and filmed portraits as two different forms of collections on the same subject, which she related to each other. However, there was only a limited technical structure available for this presentation: four adjacent 42-inch LCD flat screens showed passing portraits in front of a row of four benches for audiences with six fixed headphones for listening. The portraits were shifted from one monitor to the next at two-minute intervals. While the last portrait disappeared, a new one was placed at the beginning. The sound recordings, in turn, were divided into three tracks. Each of them differed from the other two in the themes of the narrated moments. The narratives also had an independent rhythm from the video portraits and varied in the duration of the narration, lasting between two and five minutes. Both collections were acoustically connected via the body and breathing sounds that were the only synchronised element. They could be witnessed in the images and were also reproduced via the headphones.

Participants: About thirty elderly people over the age of 70 from Hamburg, who shared their private memories with us