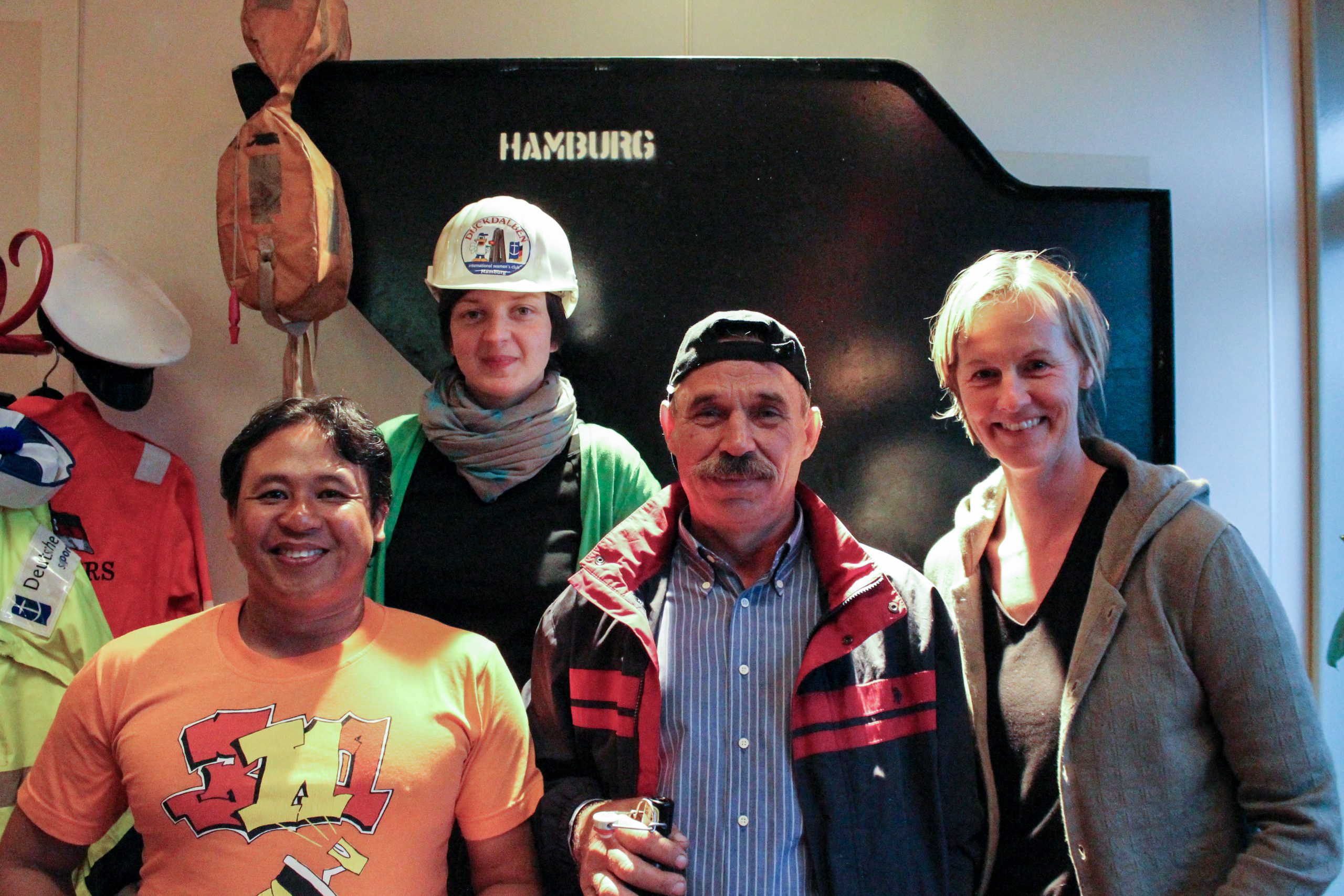 ‘Gateway to the World’ – this title is often attributed to Hamburg, not least because of its port. However, for most people living in the city or visiting it, the port remains a backdrop, something to look at from the Landungsbrücken. The seafarers, in turn, who come to Hamburg every day on cargo or cruise ships, rarely enter the city. On the one hand, they are actors of global trade, but on the other hand, they are cut off from everyday mobility: they do not have internet access on the ships and the mooring times are too short for visits to the cities. Thus, people from Hamburg and seafarers hardly ever meet. In her project, Esther Pilkington invited audiences to travel to the port of Hamburg. There, between train tracks, containers, motorway exits and former customs offices, the International Seamen’s Club Duckdalben takes care of the concerns and needs of the seafarers. In Hello, My Friend…, the seafarers met other visitors, landsmen, who had made their way there by land. The Impropable Assembly was a partly spontaneous, partly planned meeting that followed a loose structure somewhere between a party and an instruction piece. The set-up was informed by conversations with seafarers at the Club, where Pilkington had worked as a volunteer the previous months. When asked what should happen in the event, the seafarers had, among other things, wished for food and a prize draw.

A heterogenous group assembled for the event, and seafarers and landsmen started talking, drinking, eating, singing, taking pictures and making promises to each other and after this evening (probably) never saw each other again.

Participants: Seafarers, employees and visitors at the Duckdalben