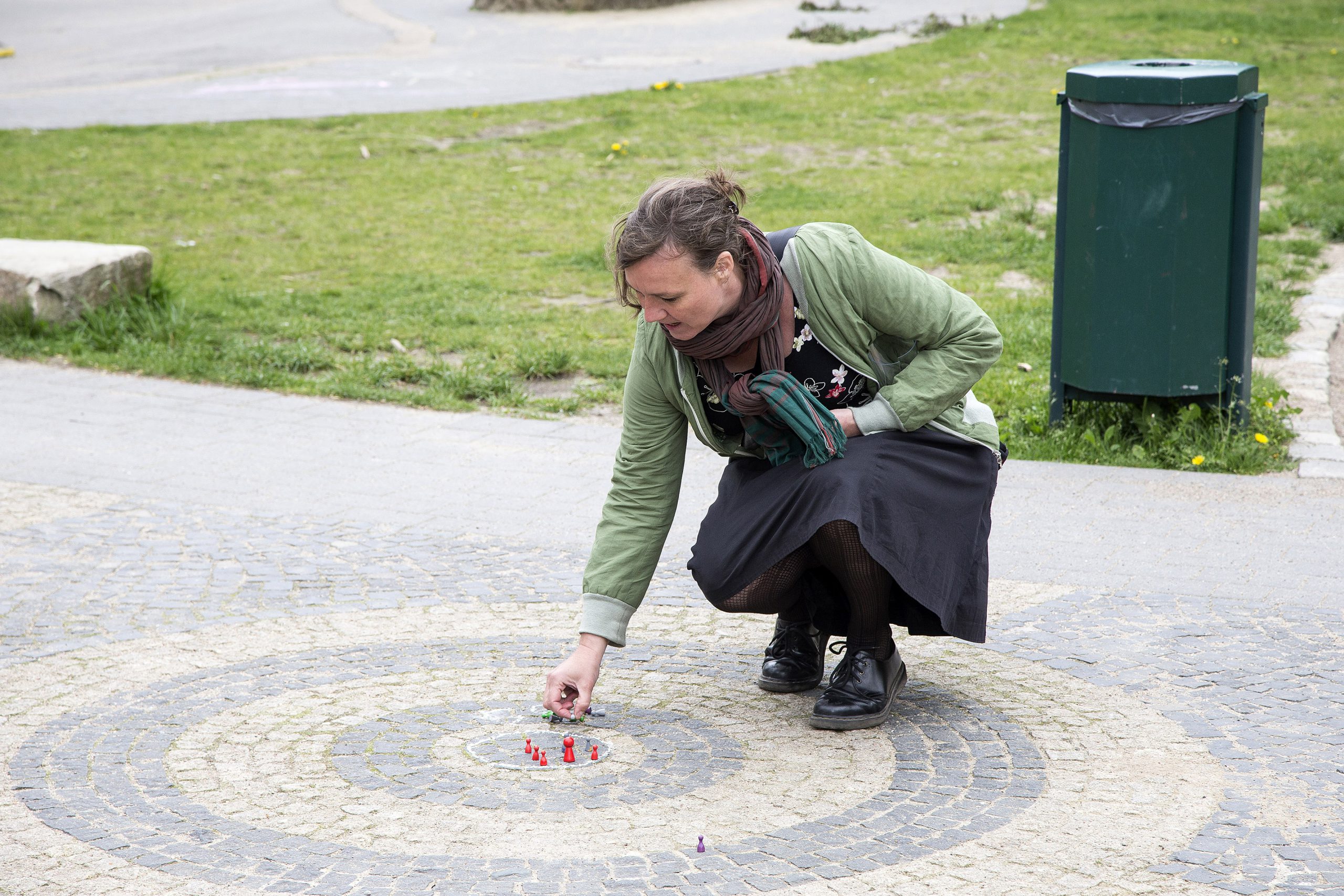 What relationships are created by art when it is understood as a performative social practice? When audiences are addressed and incorporated as participants, what is at stake between the danger of instrumentalisation and the claim of activation? As part of her research project investigating the relationship between contemporary public art practices and society, Hilke Marit Berger organised Playing Society?, a playful experiment in two parts. In the first part, she was joined by Jennifer Aksu and Sebastian Quack from Invisible Playground for a hands-on workshop entitled Borderlands, which presented aesthetic and political aspects of game design in relation to urban spaces through the rapid prototyping of new ‘urban games’. Together with the workshop participants, they developed new versions of the game Unwanted Entities, which was based on evaluating and claiming urban areas on a micro level, using walkie-talkies, chalk, theatrical characters and a lot of imagination. In the second part of the workshop, Berger modified the format of a pub quiz as it is famously held at the bar Aalhaus in Hamburg Altona. In six rounds of six questions each, she tested with the workshop participants and other guests of the bar whether it is actually possible to produce knowledge together.