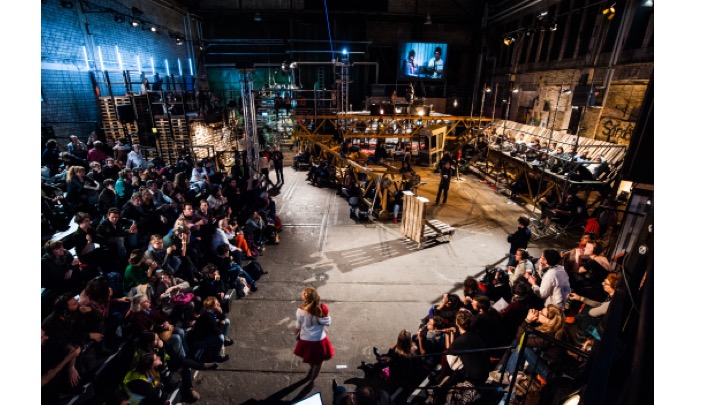 geheimagentur, The Art of Being Many, 2014, Hamburg

In September 2014, artists, activists, researchers, and participants from all over Europe and beyond gathered in Hamburg for an assembly of assemblies. Sharing experiences from Real Democracy movements and artistic experimentation, they aimed to explore new ways of coming together: collective insights into the materiality, the timing, the agenda, the desires and the catastrophes of being many.

The topic of the congress was to explore and share new techniques, aesthetics, strategies and theories of gathering that have been found and fought for in the Real Democracy movement, from human microphones to blockade camps to neighbourhood gatherings. It was about the art of being many, about timings, sounds and affects of assemblies, the intoxicants of collective movement and the materiality of collective decisions. All of this was not only discussed, but also tried, experienced, and sampled. What is the ’state of the art of being many‘? Artists built an auditorium for the congress as the central meeting place for 500 people at Kampnagel, where the meeting became a self-experiment: a multitude of voices, bodies, spirits, and things. The congress was open to everyone who shared experiences from movements and assemblies and wanted to try out new forms of coming together. Many of them met for the first time, but all had something in common: They had witnessed moments of assembling that had made the word ‘democracy’ sound important again.

geheimagentur / Martin Schäfer / Vassilis Tsianos (eds.): The Art of Being Many. Towards a New Theory and Practice of Gathering, Bielefeld: transcript 2016.