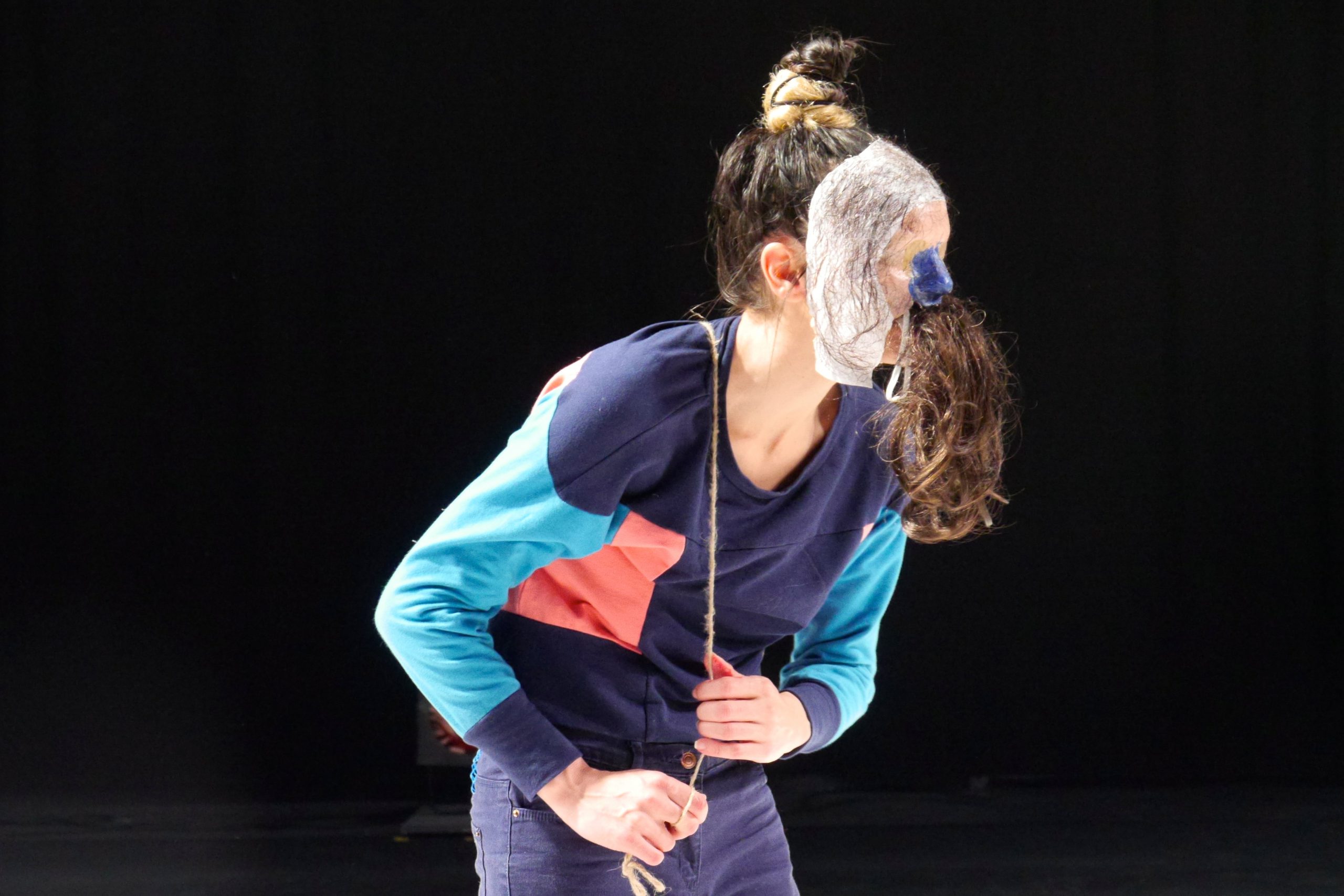 In 2016, we celebrated the end of anonymity in public. Through the increasing use of facial recognition software in public places, faces become part of big data and citizens become more and more transparent. As a choreographer, Antje Velsinger asked: How do we deal with this new form of surveillance? Can we use and develop performative strategies to subvert it? The choreographic research project Let’s Face It! transferred these acute questions into the theatre space and designed a utopian body that is capable of appropriating a wide variety of faces and non-faces, thereby refusing to be clearly identified. Let’s Face It! examined the boundaries between identification and alienation, between subject and object, between having a face and not having a face. In the solo work choreographed for and with the performer Vania Rovisco and developed with the fine artist Sophie Aigner, Velsinger focused on the following conditions: having a face/having no face/having plenty of faces. Engaging with these three categories as performative strategies of body appropriation, Velsinger wanted to invent and compose a new form of utopian subject that plays with temporal identities. Concentrating on the face, she choreographed a space for a utopian persona that is able to subvert today’s surveillance apparatus: This utopian face could be the well-known face of a celebrity, it could be a multitude of faces at the same time, and it could also lose its features and vanish into an unknown space where it cannot be followed. What happens if we let go of the idea that a subject is necessarily one single human being?

Parallel to the solo work, Velsinger conducted a workshop series on individual strategies for body appropriation as collective complicity and as a loss of rights to one’s own body, inviting citizens to research these questions with her and the co-researchers.