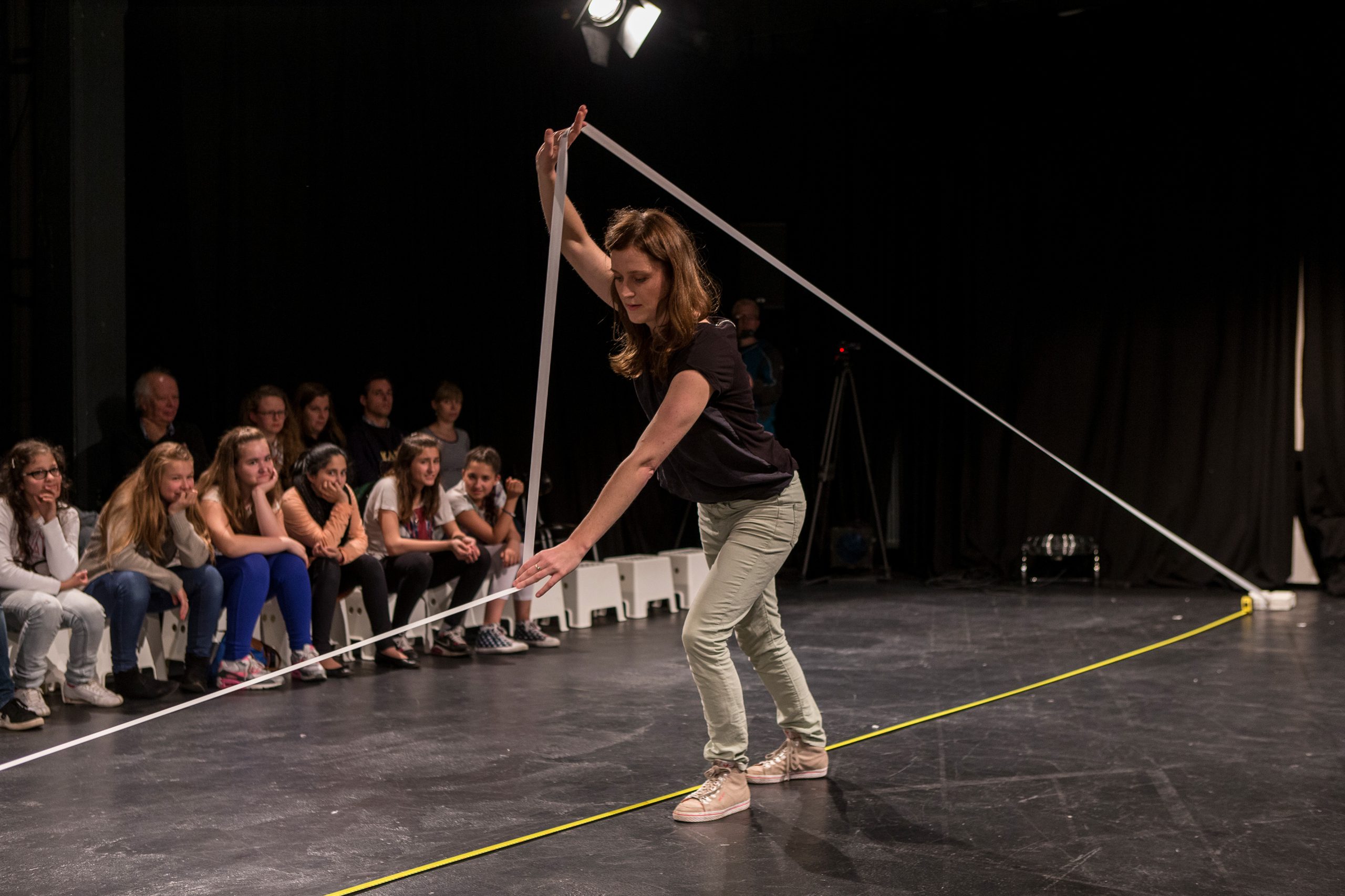 Eva Plischke, The Shape of Things to Come, 2014, Hamburg

In her wider research design, Eva Plischke investigated the emergence of alternative futures and the question to what extent future scenarios can be understood as scenic, performative and participative practices that open up possibilities for action instead of restricting it. In her lecture performance The Shape of Things to Come, Plischke was less interested in the year 2106 as depicted in H. G. Wells’ book from 1933, but in the different pictorial forms and powerful visual representations that show or represent a future or the future. What does it mean to represent something that (in its entirety) is not there yet? For the lecture performance, Plischke collected statistics, curves, graphics, models, etcetera, of projections of future events as representations of the future and confronted these fixed forms with a performative analysis: As a performer, she transferred them into the space, translating them into different materials or arrangements of people. It was an attempt to show the power and limits of graphic visualisations of possible futures by means of scenic and performative research.

In the performance, Plischke also recapitulates her research for her co-researchers. A year after she had founded the Young Institute for Future Research (Junges Institut für Zukunftsforschung), she again invited the students of the Europagymnasium Hamm to the FUNDUS THEATER/Theatre of Research as an audience. The performance looked back on the collective research. It was her desire to share her reflection on the process with the students and to feed the status of her research back to them as co-researchers and at the same time bring the cooperation to a conclusion. With the solo lecture performance, she made herself explicitly visible in her role/position as a researcher and doctoral candidate, who had continued to work on the topic on her own.