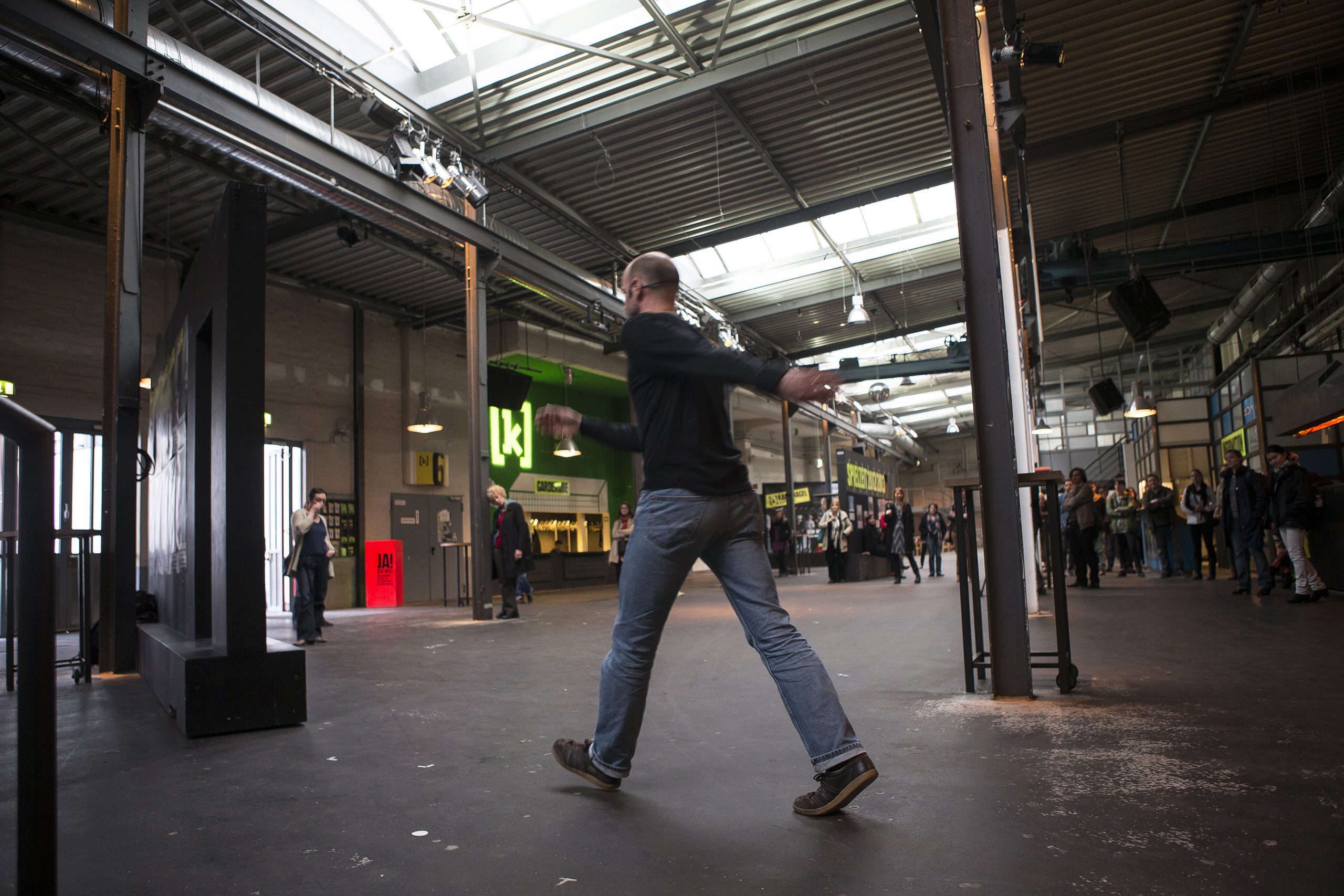 In the lecture performance The Walk – A Review, Martin Nachbar recollects his experiences with the Berlin version of his participatory walking performance The Walk in the Kampnagel foyer in Hamburg. As part of his research design on the interrelations and affects of walking in public spaces, the performance The Walk took the audience on a joint exploration and shifted the dance – out of the theatre – into the public space. The audience was invited to walk around the block with the performers. The itinerary led the audience away from and at the same time towards the theatre. The passers-by became participants, the surroundings became the interactive backdrop of a piece in the making that, by pausing, accelerating and circling, jumping, standing around and dancing, became an eventful choreography.

In his review, however, Nachbar invited the visitors to stay inside the foyer and observe his walking and speaking body as a process. This process could be understood as preceding because the audience members who were sitting or standing and watching and listening in the foyer were invited after the show to leave and go outside to get a taste of how it is to walk out of the theatre together. Nobody knows who and what exactly followed, since it was never documented.

Participants:  Audiences of the Performance