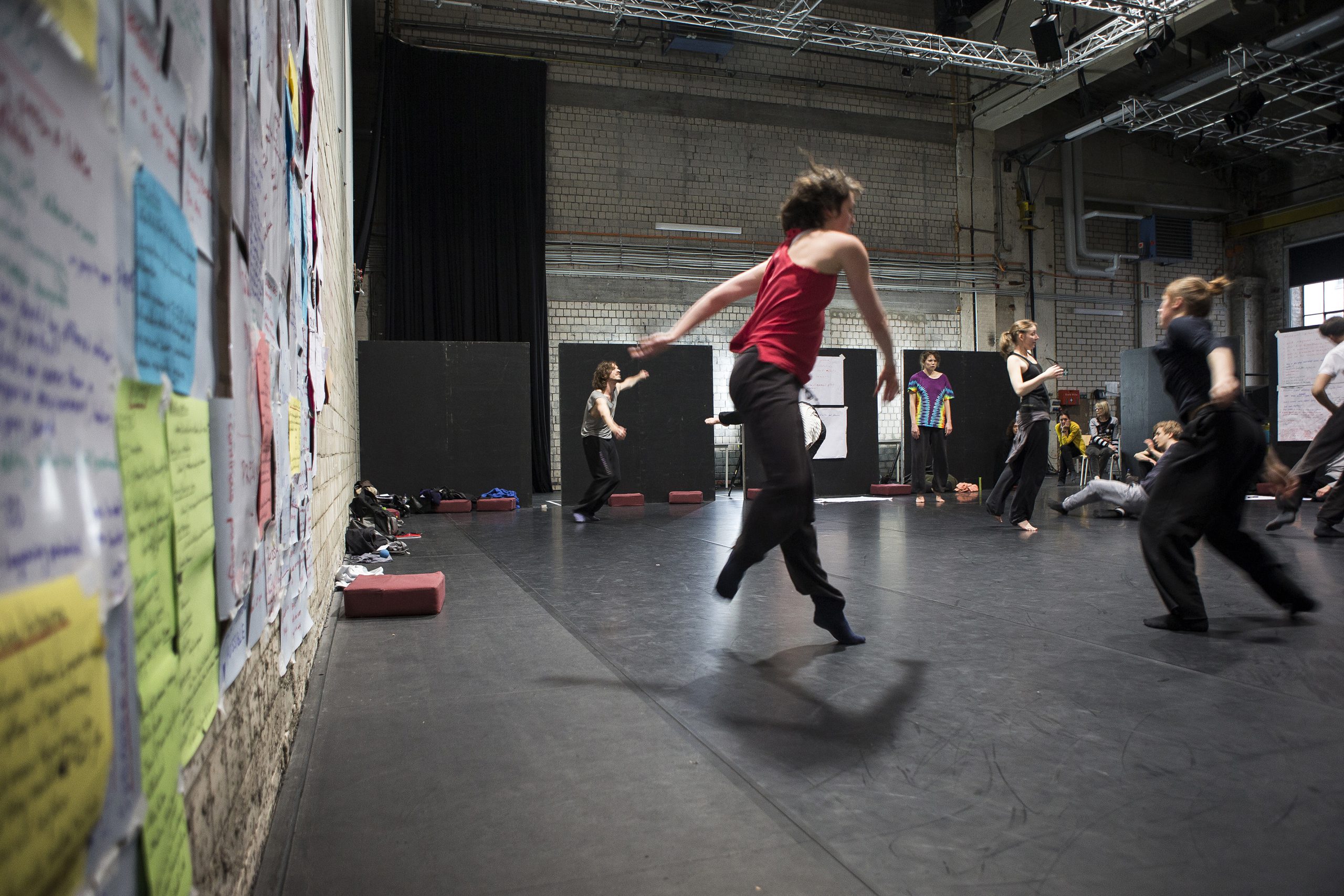 Since 2010, Sebastian Matthias has been investigating the affects and performativity of group dynamics in dance. Parallel to field research on groove in electronic music clubs, he also researched group dynamics inherent in dance improvisation through the performances Tremor (2010), Dezett (2011), wallen (2012) and Danserye (2013). The Post-Production Workshop brought together the physical and theoretical knowledge from this research as an interim report in a performative installation. In the installation at P1 at Kampnagel, an artistic residence with guest artists, a workshop with amateurs, an archive of the performances and an exhibition of the artistic research materials were staged and assembled to question the participatory modes of movement from the former performances. The two-day event was a critical reexamination of the physical and theoretical knowledge gained through the performances. It used the participants’ physical expertise to reformulate the knowledge towards the question of groove. The movement systems developed in the performances were tested with regard to their applicability for the understanding of groove in clubs. How does dancing produce a sensation of collective groove on a dancefloor? In the public event framed as an open space installation, audiences and visitors joined the discussion or witnessed the movement experiments.