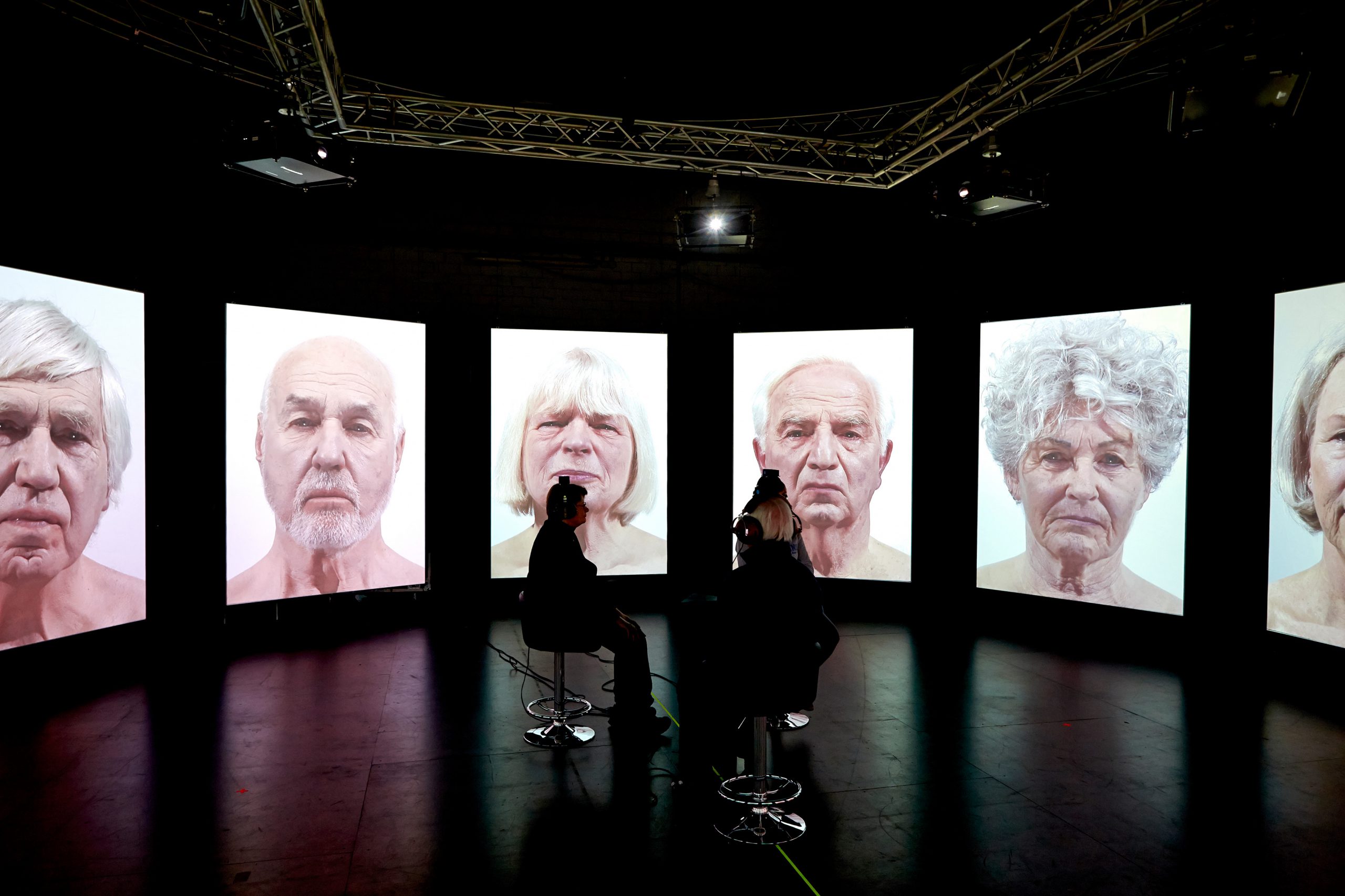 As an example of a Performative Collection, Stefanie Lorey redeveloped the format of her video installation Winks of Time into another theatrical installation, Museum of Moments. The title itself played with a paradox: A museum as a repository tried to collect something that is short-lived, ephemeral and fleeting – the experienced moment. For this purpose, the Museum of Moments juxtaposes two divergent forms of collections that are interwoven in terms of content and at the same time presented independently of one another in different media formats. As an auditory collection, the media installation gathered individual memory fragments of senior citizens. At the same time, filmic portraits of elderly people quietly visualising past moments were shown. The Museum of Moments was a collection of memories in which senior citizens were asked about images from their lives that have shaped them, about images that will remain, their very personal inner photographs. Together, the collections created a space in which the memory image appeared between the words that had been found for describing it and the traces it had left in the body and habitus, voice and gesture. In the theatre space of Kampnagel, a room in the form of a rotunda was constructed, delimited by twelve large-format screens. On these screens, the twelve portraits of people were projected. Their silent gaze met that of the audience. How is life reflected in the faces of the aged? In the installation, the subjective spaces of the viewer overlap with those of the narrator, the listening spaces with the perspectives chosen: what is told, what is left out, what is kept silent? The past can be experienced as different pasts where history is shown as an object of negotiation.

Participants: About fifty elderly people over the age of 70 from Hamburg, who shared their private memories with us. Twelve of them (all those who were white-haired) were selected for the video portraits