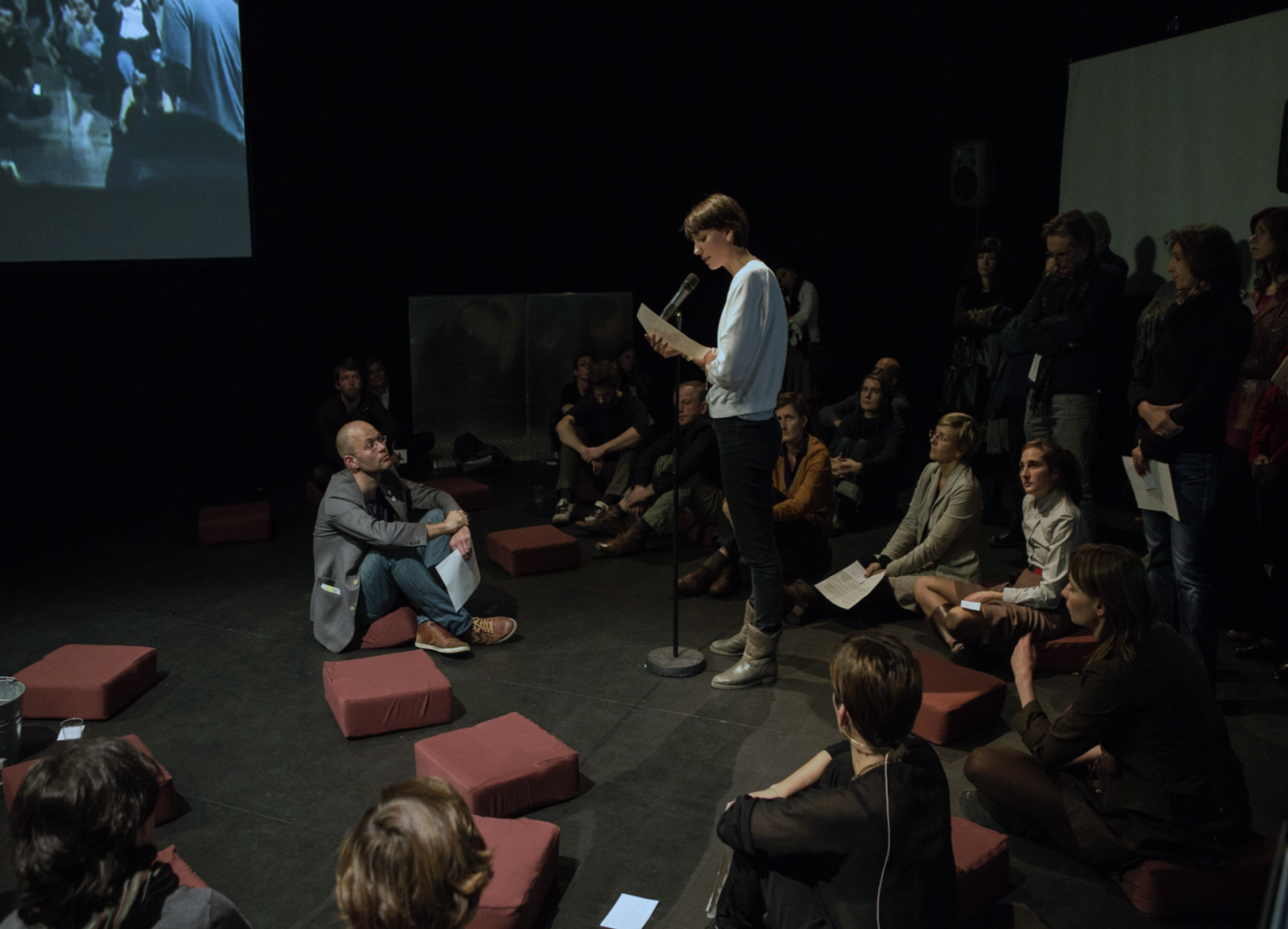 In the performance lecture Waste of History – A Studio Visit, Margarita Tsomou presented documents of the occupation of Syntagma Square by the aganaktismenoi (the outraged) during the protests in front of the Greek parliament in Athens in 2011. YouTube videos, sounds, quotes, posts, leftovers were framed as ‘waste of history’ in Walter Benjamin’s sense; media and performative traces provided a double testimony, about the nature of the struggles for Real Democracy and about their own constructedness. To present the multiple perspectives of the heterogenous protesters, Tsomou set up five different performance stations on stage at Kampnagel through which she led the audience station by station. The stage was a kind of performance tour that was modelled after the situation of a studio visit in which an artist leads somebody through his or her work, which is still in the process of being made. The singular performance stations contained audio and/or video material from the occupied square, which Tsomou had arranged for the lecture. Artistic documentarism and performance lecture were used as formats with the aim to best represent the multiplicity of voices on the occupied square and make its social context understandable. The artwork not only tried to represent the historic situation via its relationship to media representation, but also aimed to investigate the premises and methods of (self-)representation of the many.