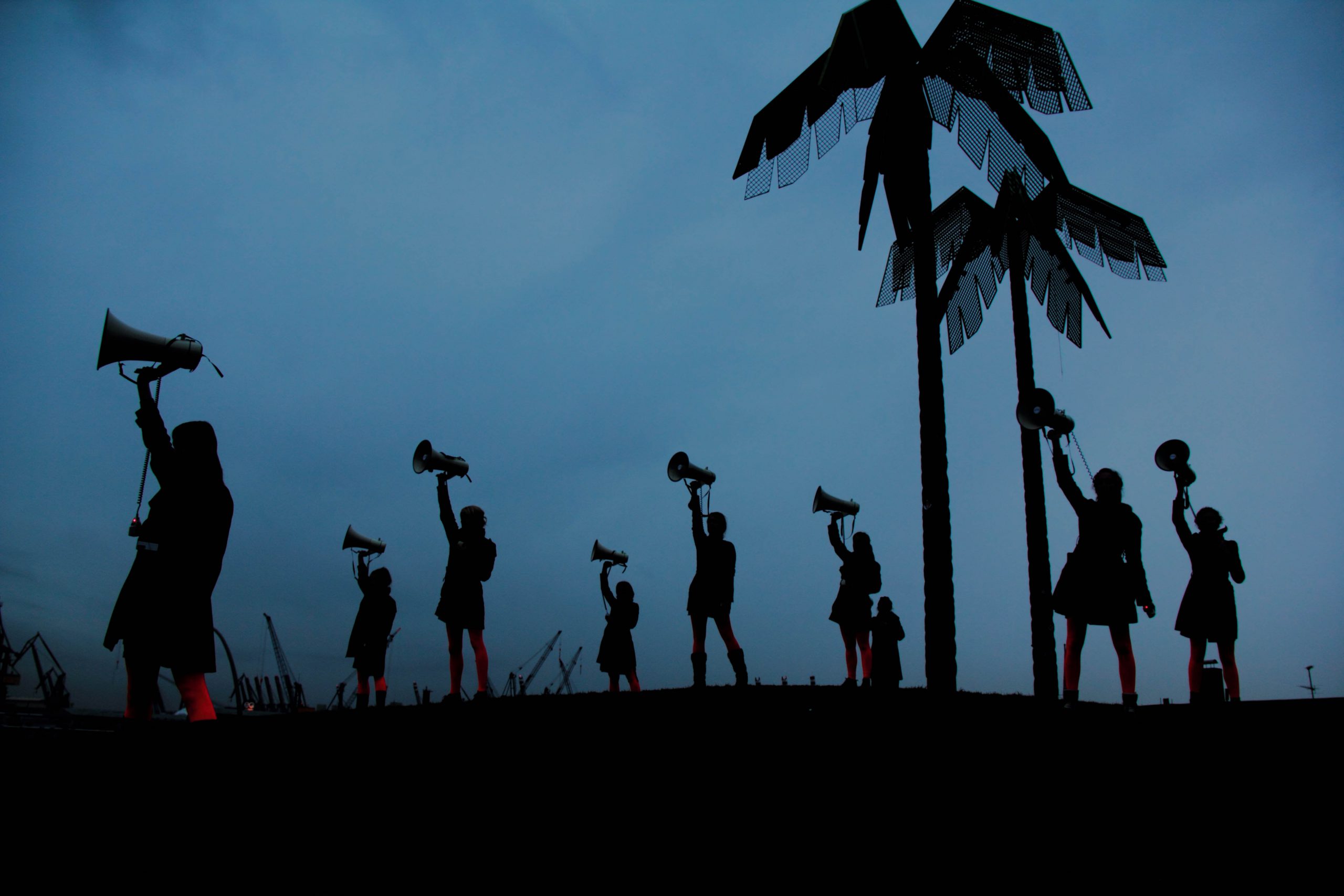 In AMPLIFICATION! A Collective Invocation, Sylvi Kretzschmar initiated a hybrid of live art and political demonstration. Led by the performance of ten women with megaphones, audience, activists, residents, neighbours and passers-by formed a protest march to the site of the so-called Esso houses at Hamburg’s Reeperbahn, which were soon to be demolished in an area severely affected by gentrification. The Megaphone Choir became, in the literal sense, amplification and reinforcement of voices of residents, tenants, and neighbours of the buildings. An all-female choir ‘armed’ with megaphones spoke and sang their interview statements. It assembled acoustically the knowledge of the interviewees as citizen experts (Alltagsexpert*innen) of their district. As a public address system specifically invented for this context, the Megaphone Choir operates in a mode of radical advocacy for absent speakers. Statements of the interviewees are repeated and reproduced in a spatial and musical composition on site. The project was the starting point for testing the Megaphone Choir and its performative strategies and potentials in urban space. The layering of female voices amplified by megaphones produces a specific and previously unheard sound that generates resonance from the surrounding buildings and produces distant and close echo effects. The Megaphone Choir performed at press conferences, gatherings, activities and rallies of the initiative “Esso Houses – We-are-not-an-Object” (Initiative-Esso-Häuser-Wir-sind-kein-Objekt).

Participants: Christoph Breitsprecher, Julia Coellen (Amplification-Bike), residents, tenants, and neighbours of the Esso houses (interviews), audience of the performance, around fifty activists from initiatives of the Hamburg Right to the City Network, in particular the Esso Häuser Initiative and the preparatory group for Hamburg’s Euromayday 2012, the Gängeviertel and the Hamburg Medibüro, members of the Buttclub Chor, Schwabinggrad Ballet, performance duo SKILLS, Uwe Brutzki