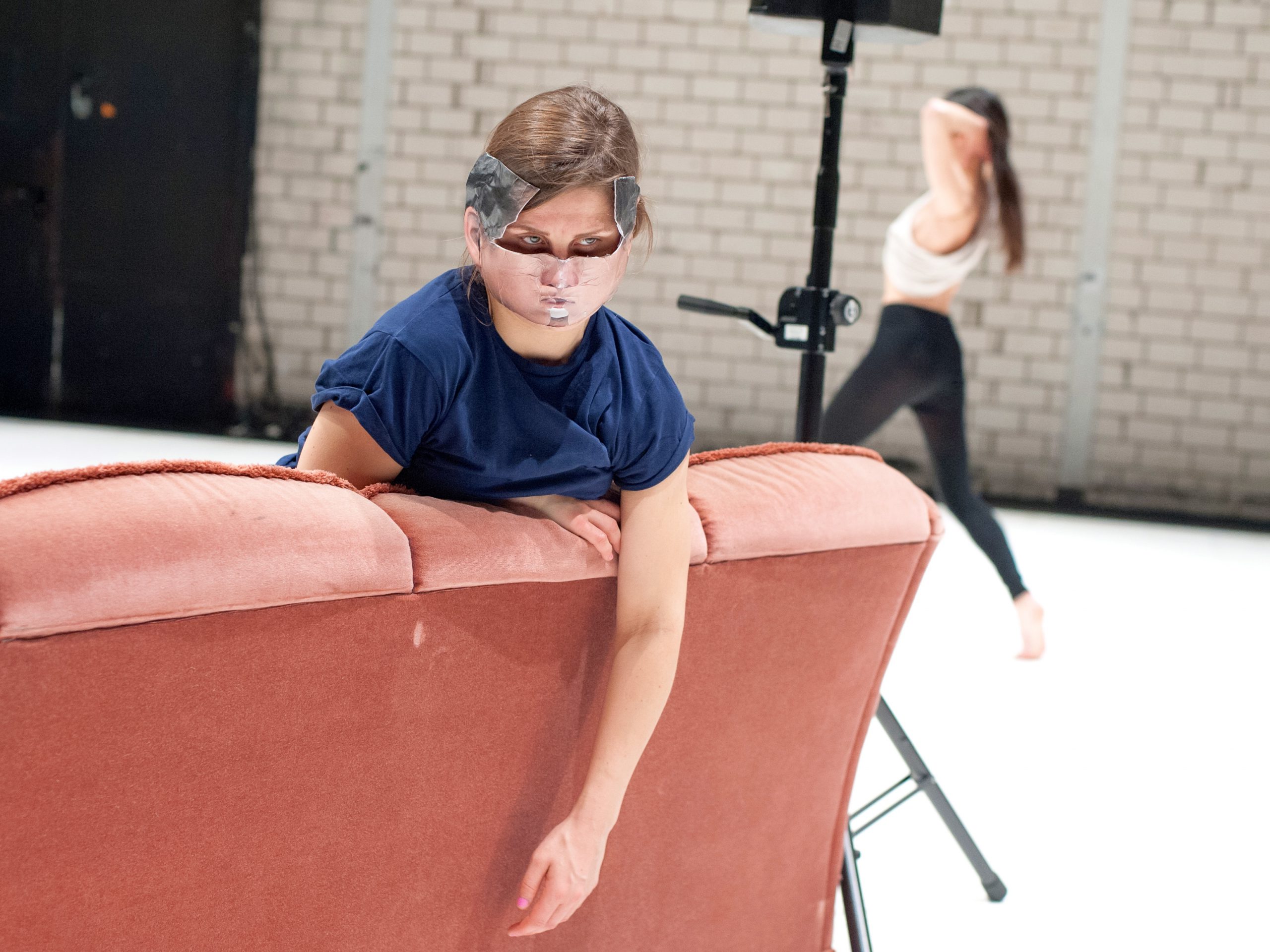 Antje Velsinger, The Bodies We Are, 2016, Hamburg

The starting point for The Bodies We Are was the following hypothesis: Each person has not just one body, but a variety of different bodies. One can therefore use the body as a space to design. Depending on how one imagines the body and what discourse the body is confronted with, an alternative body can be created. Everybody has an archive connected to their bodies, in which various memories, images, senses, emotions and practices are stored. How many bodies are we?

The performance created in this frame gave an insight into the results of the choreographic research, which itself, as a Laboratory Series, was an open process in which the performers’ bodies became objects of negotiation again and again. In The Bodies We Are, Antje Velsinger worked with the appropriation of movement patterns of foreign bodies, in other words, with bodies outside the realm of the performers’ experience. These bodies belong to no one and consequently can be appropriated by everyone. Velsinger considered the body to be a complex system, in which certain movement patterns interact with each other. If one knows how this system works, if one can analyse it, one can try to use various strategies to appropriate it. Velsinger wanted to imagine that everyone has a choice of plenty of potential bodies. Can one enter – or can one ‘hack’ – any bodily system, if one understands its movement patterns? The Bodies We Are emanated from an open process-oriented concept of the body and investigated its utopian potential.