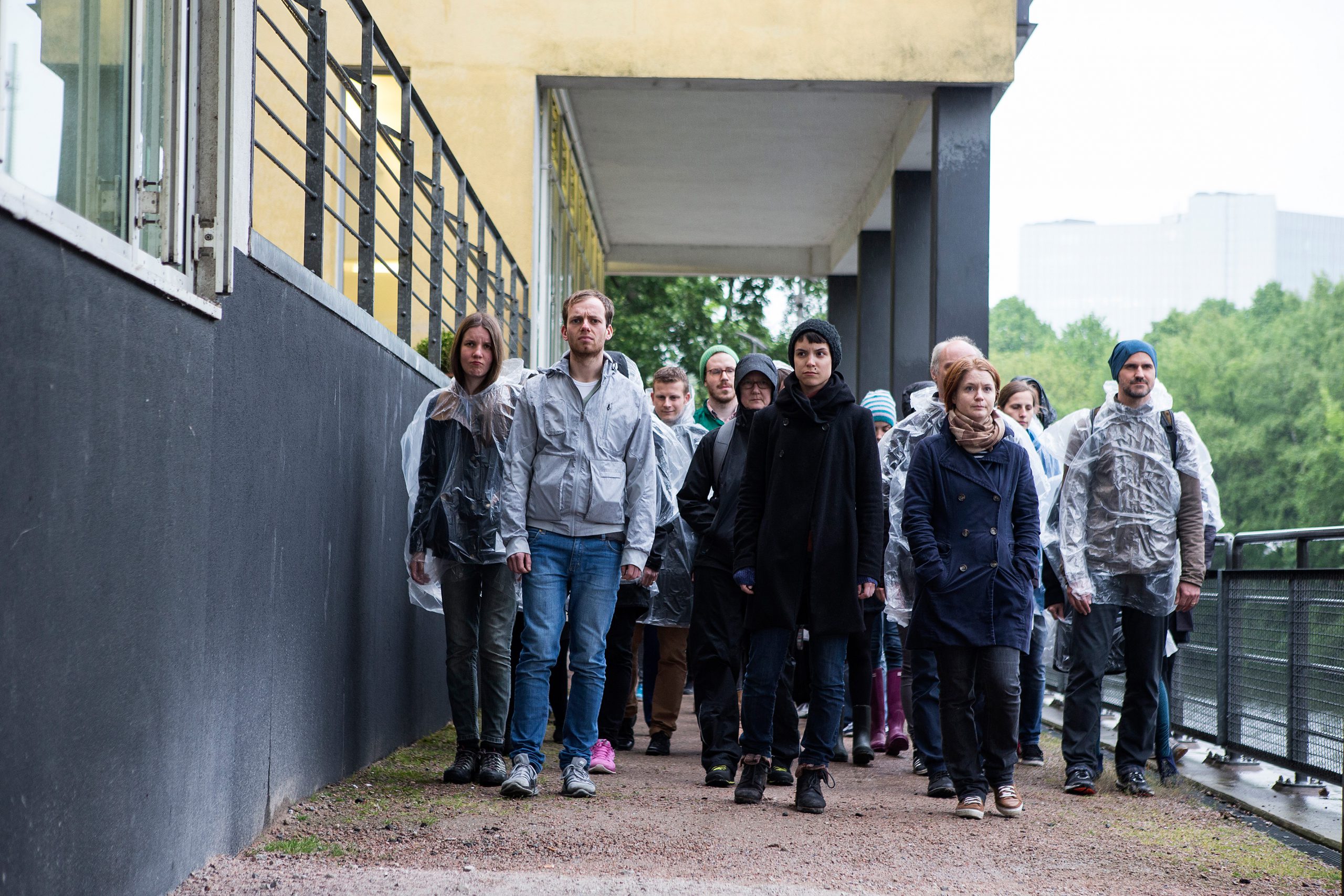 Martin Nachbar, Walks – Walking Around the Block (at Kampnagel), 2014, Hamburg

“Walking”, says American dance critic Sally Banes, “is something everyone does, even dancers, when they’re not on stage. Walking is the resonant connection between dancers and spectators, a shared experience that leaves room for personal idiosyncrasies and individual styles.” At the same time, walking can be a complex experiment with every step, exploring the unknown and expanding or even redefining the relationship to the world. Small children who are just learning to walk, or explorers and travellers are constantly venturing into new spaces. However, even in the everyday life of an adult, it sometimes happens that an actually known place is entered from a previously unused exit of the subway and appears in a new light, or that road work makes the ground of the habitual way to work seem unsafe. Such moments make you aware that walking was once learned. As the French sociologist Marcel Mauss notes, it is a technique that enables adults to take safe steps through everyday life. In Walks – Walking Around the Block (at Kampnagel), Martin Nachbar presented his research on walking and the associated perception and constitution of public space in form of a participatory performance. He invited the audience to take part in walking and perception exercises in the theatre and on the street, so that together this heterogenous assembly could explore shaping different spaces and assuming a more conscious perspective on walking in public space.  To this end, Martin Nachbar organised a walk with seven performers, which was supposed to sensitise the audience for the perception of walking. Together, the participants became passers-by, the city became the interactive backdrop of a performance where the journey was the reward.