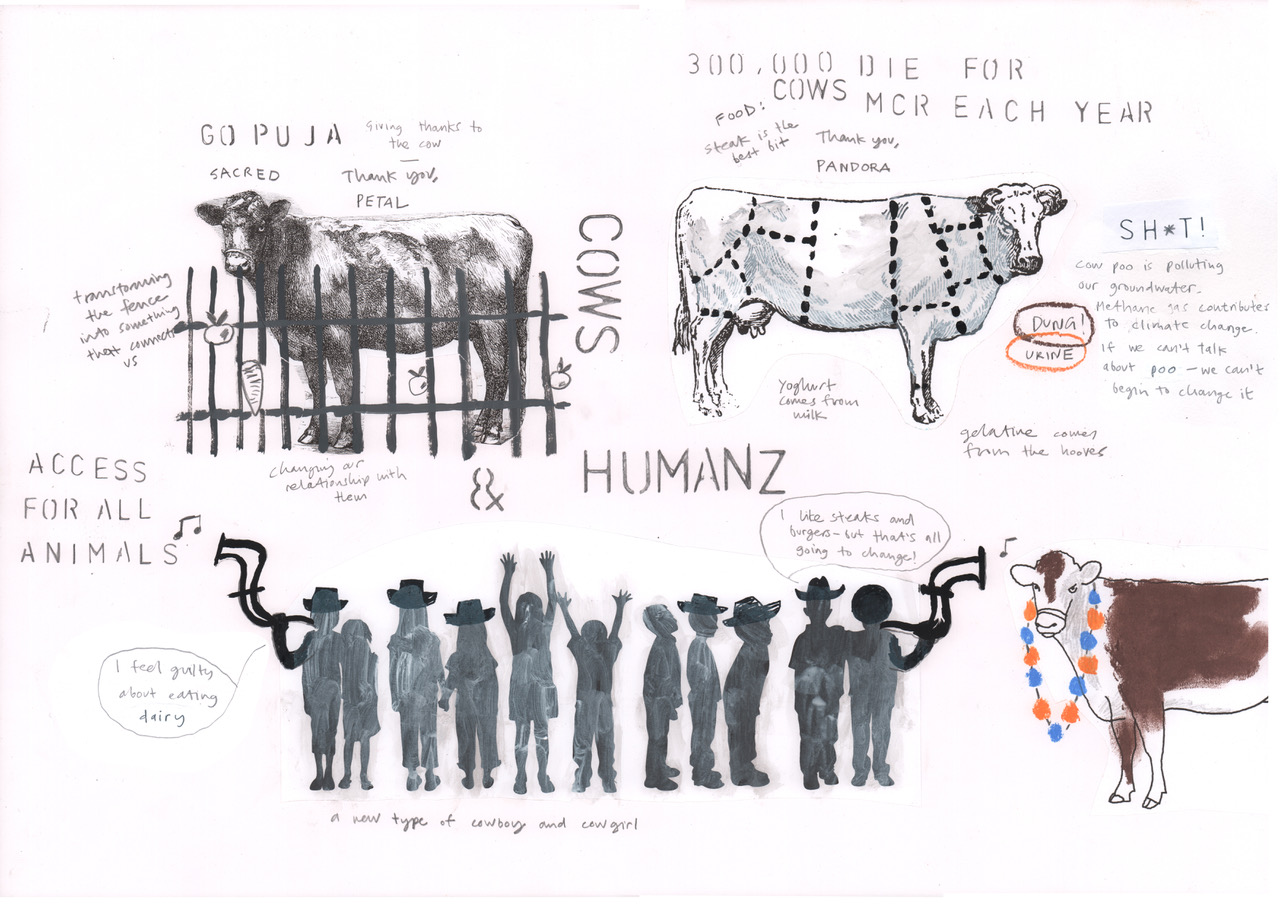 Imagine a city in which animals of all kinds, including humans, live together in peace. What might life be like if dogs, cows, squirrels and other creatures lived alongside us not just as our pets but as our peers – our companions? Imagine what the city could look like then.

Animals of Manchester (including HUMANZ) was an interactive live art experience created by Sibylle Peters (FUNDUS THEATER/Theatre of Research) and Lois Keidan (Live Art Development Agency) for the Manchester International Festival 2019, which posed questions about the relationship between humans and other animals.

Audiences were invited to follow a trail through Whitworth Park and Gallery, and to take part in all kinds of animal encounters. Across a series of installations and performances, children, families and adults alike explored the relationships with fellow species, were invited to become a citizen of the alternative city and to share ideas on how to improve relationships between species.

The mayors of the alternative city were two cows who live at Wythenshaw Park Community Farm. In the Town Hall, they hosted the Standing Conference of Animals where alliances of animals from microbes to pigeons to humans made their case for equality and companionship. What could an assembly of animals (including humans) look like?

Participants: Several thousand audience members from all ages and backgrounds