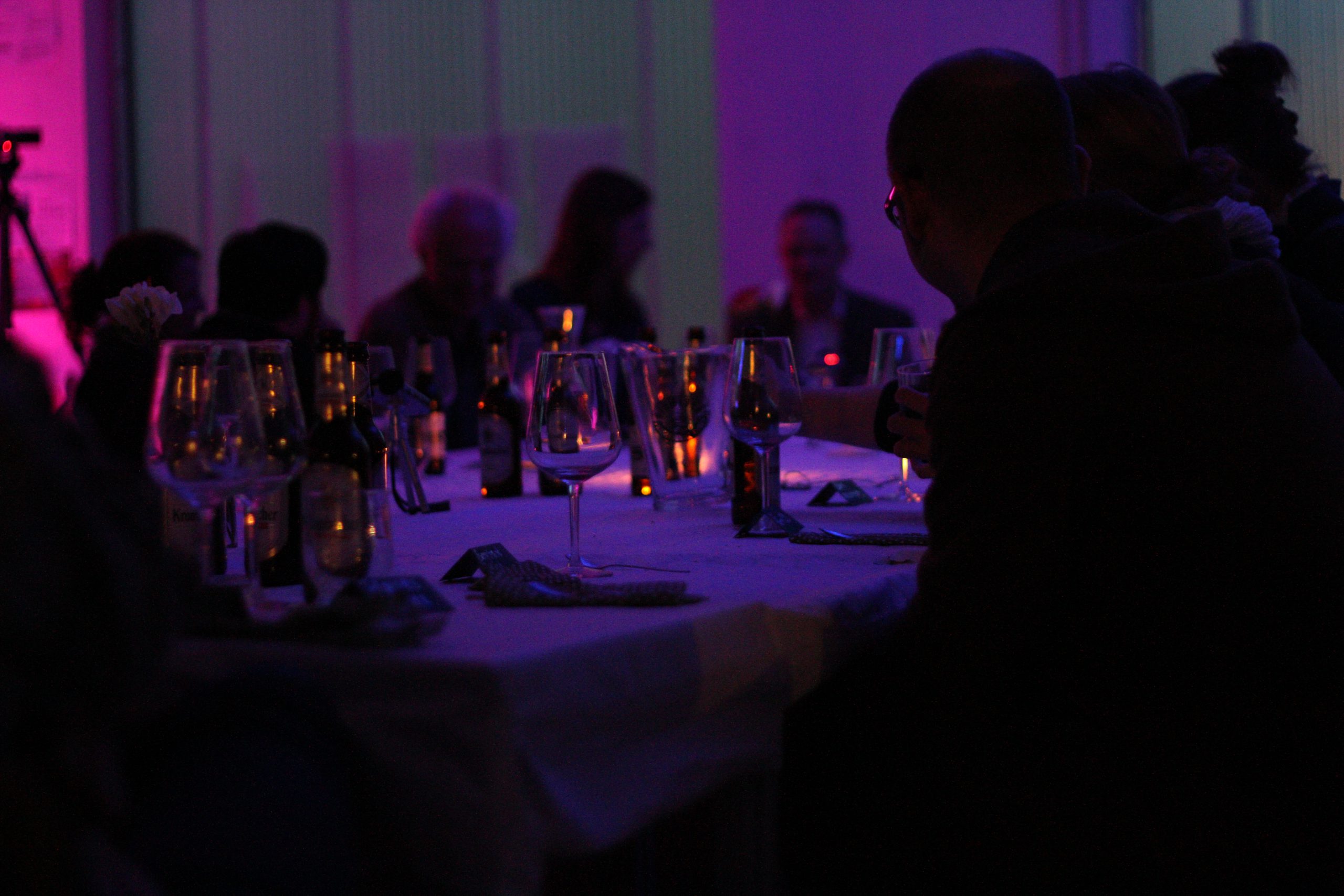 Inga Reimers, Tactfulness: An Experimental Evening on the Non-visual, 2013, Hamburg

The invitation to Tactfulness1: An Experimental Evening on the non-visual was the starting point of Inga Reimers’ series of experimental settings that researched collective eating as a site of knowledge production. This evening represented the first attempt at approaching the theme of the `non-visual` in research, art and everyday life. On the other hand, Reimers was interested in the format of a research dinner: What kind of knowledge can be produced in the setting of a dinner? The feast served as a familiar performative framework in which the guests were encouraged to exchange ideas about the `non-visual` through toasts and food.

The focus of the dinner fluctuated between subjective sensual perception and the collective experience of eating, listening and discussing. The elusive ‘non-visual’ was discussed with regard to specific examples in the individual lectures. Food played a significant role in creating the atmosphere of the event that was otherwise characterised by its unplanned and incidental nature: For example, the daylight in the room decreased slightly with each course and table speech until, at the end, for dessert, the room was bathed in a mixture of dusk and blue spotlights. In order to experience forms of the `non-visual` such as taste, smell and noise, a feeling of immediacy was produced through attention to the incidental, such as accidentally touching or looking for the right words for a feeling that is generated when listening or tasting food.

1 The original German title was Taktsinn: Ein experimenteller Abend zum Nicht-Visuellen. The closest English translation of the unusual term Taktsinn is the one provided here, ‘tactfulness’. However, the title plays with a similarity to the more common German term Tastsinn, which would be translated as sense of touch.