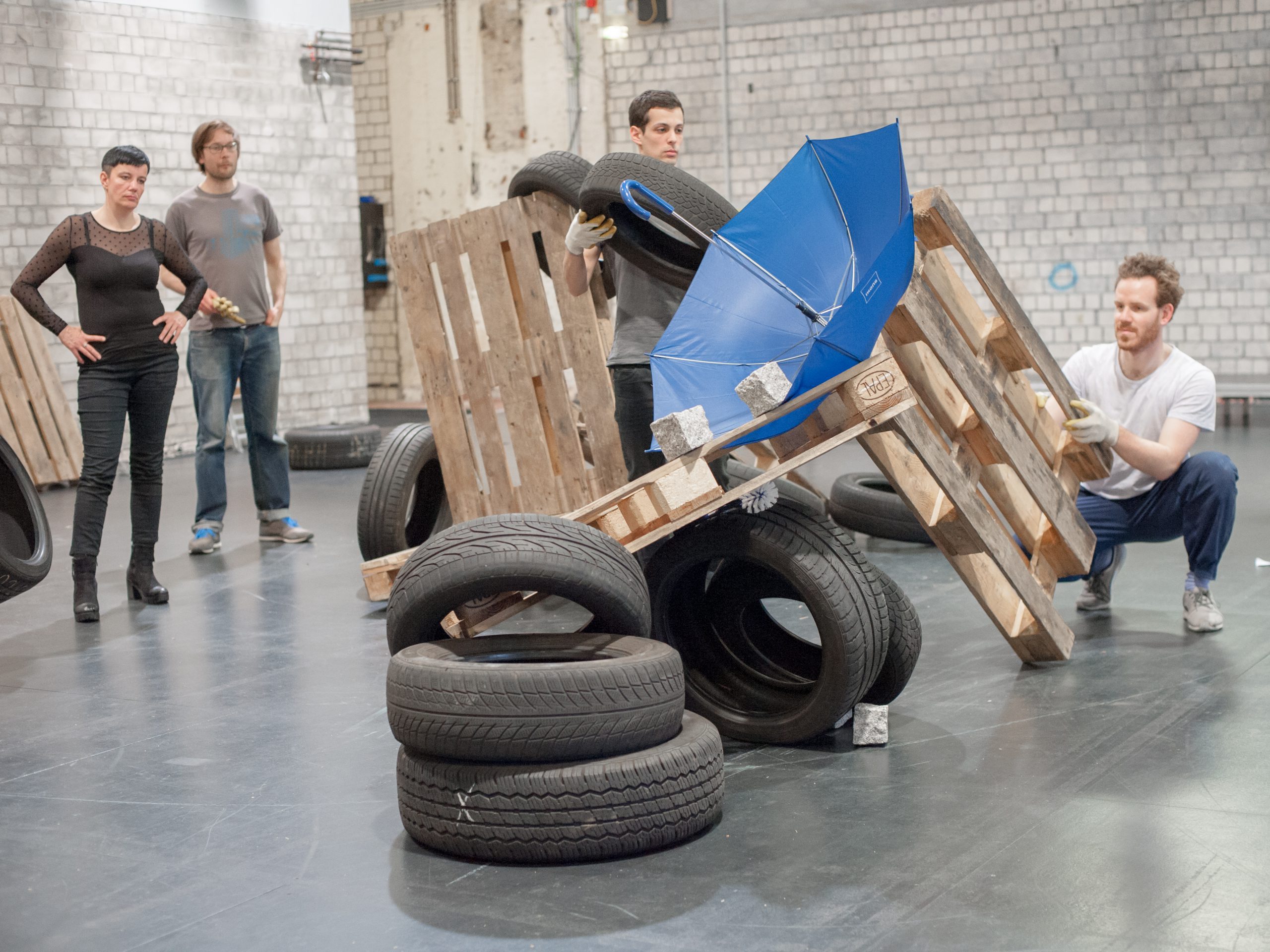 Moritz Frischkorn, A Careful Process of Composition: On Barricades and Dances, 2016, Hamburg

The artistic research proposal On Barricades and Dances originated from an interest in the role of objects and things within civic collectives. Accordingly, On Barricades and Dances was developed as a practice, a series of workshops and, later, a performance, using a small array of objects (wooden pallets, car tires, cobble stones, tents, and umbrellas) from the context of social protests, where they are agents and witnesses of turmoil and civic transformations. When being used in social protest, these objects change their function, thereby revealing new affordances. Out of a series of experiments with handling these objects, one specific mode of constructing emerged: making unstable barricades. In building something that was not supposed to become stable, the performative practice consisted of actively negotiating with the material of the objects (the heaviness of the wooden pallets, the slight flexibility of the rubber tires, the irregularity of the surface of the stones, and so on). This process of composition opens the possibility of a careful physical exchange and a specific form of joint negotiation between all participating bodies, human and non-human. The research process of Moritz Frischkorn and his co-researchers was open to the public via several formats: Besides a workshop that introduced this alternative technique of handling material, Moritz Frischkorn presented a lecture on revolutionary things. Afterwards, he and his team showed a performance that employed this choreographic practice. Insisting on the repurposing of objects allowed Frischkorn to speculate about a double movement: While people renegotiated social and political situations, their relation to objects therein was put into question as well.