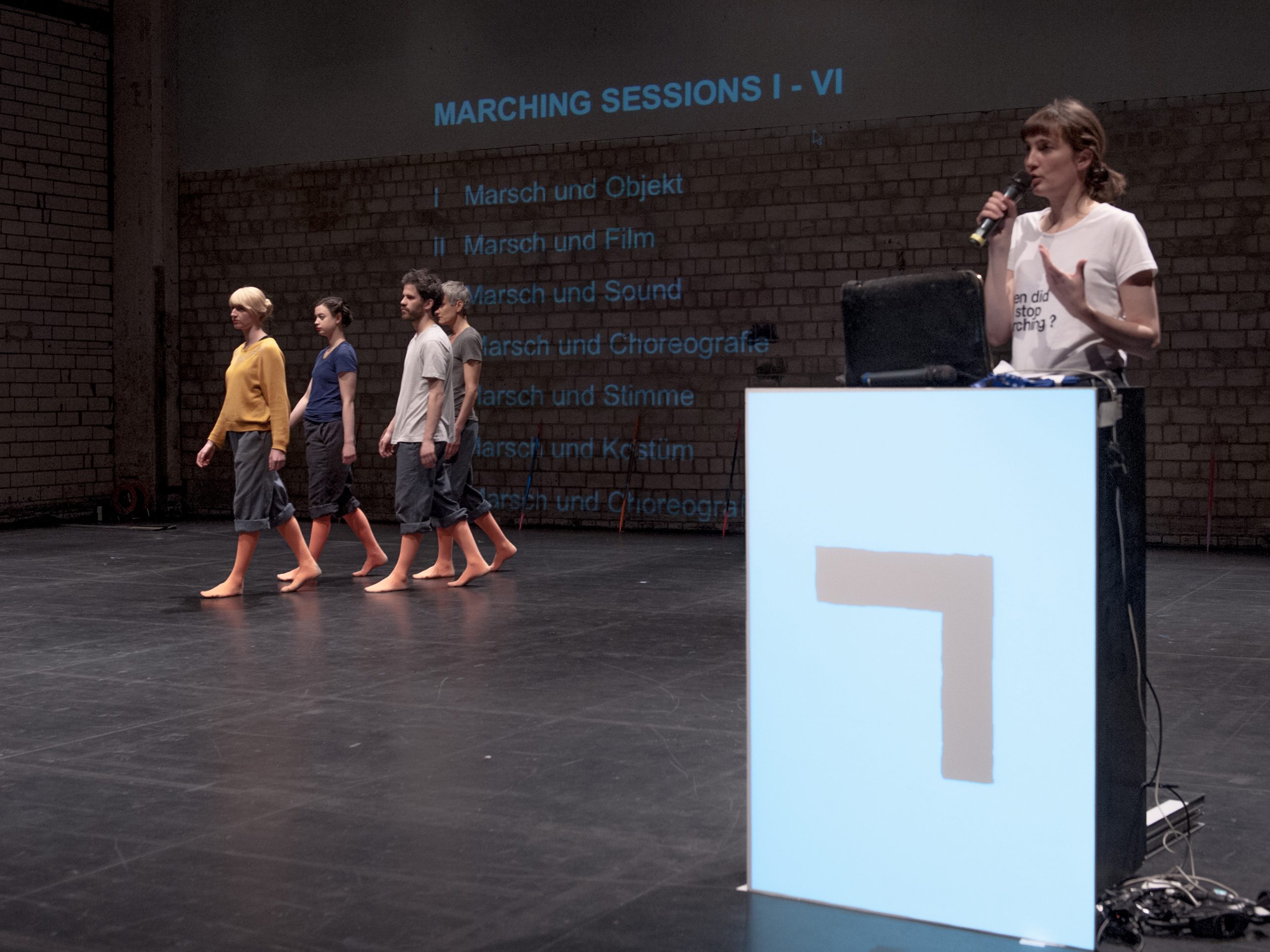 As a choreographic format, the march enables groups to assemble and align in movement and to therefore become collectively visible to the public. But to what extent can the ambiguous character of the march also be used artistically? Can the apparently outdated format be hijacked for emancipatory practices? Can one understand marching as ‘work’ on the collective?

Liz Rech explored the topic of marching as a potentially emancipatory practice through a workshop series and an interactive lecture performance. In seven workshops, she explored related topics (such as march and objects, march and sound, march and choreography.) The different co-researchers came from dance, music, visual arts and activism backgrounds and contributed their special knowledge and set focal points within the different research fields. Some of these co-researchers became a ‘core group’ and later performed in the lecture performance, where they presented the outcome of the workshop series. The interactive performance itself dealt with the practice of marching movements. In their assembly, the performers created a presence of resistant bodies in public and worked on the creation of temporary collective identities through movement. In the context of assemblies, the political takes place in the space in-between, especially in the ‘in-between’ of the moving bodies. The performance was structured into three parts to correspond to Rech’s research: In a one-hour lecture performance, Rech presented results from her workshop series. Then, a participatory marching exercise in two parallel workshops, lasting one hour each, tested some of these results together with the audience. It also enabled participants to share body knowledge in connection with fluid leadership. After the two workshops with the audience, each of the groups performed in front of the other in the theatre space. Their experiences were documented by a question and answer session which lasted 30 minutes. The performance space was an indoor theatre venue at Kampnagel where only a limited number of participants with theatre tickets could enter. The performance was used methodically as a testing site to generate knowledge within a wider research design.