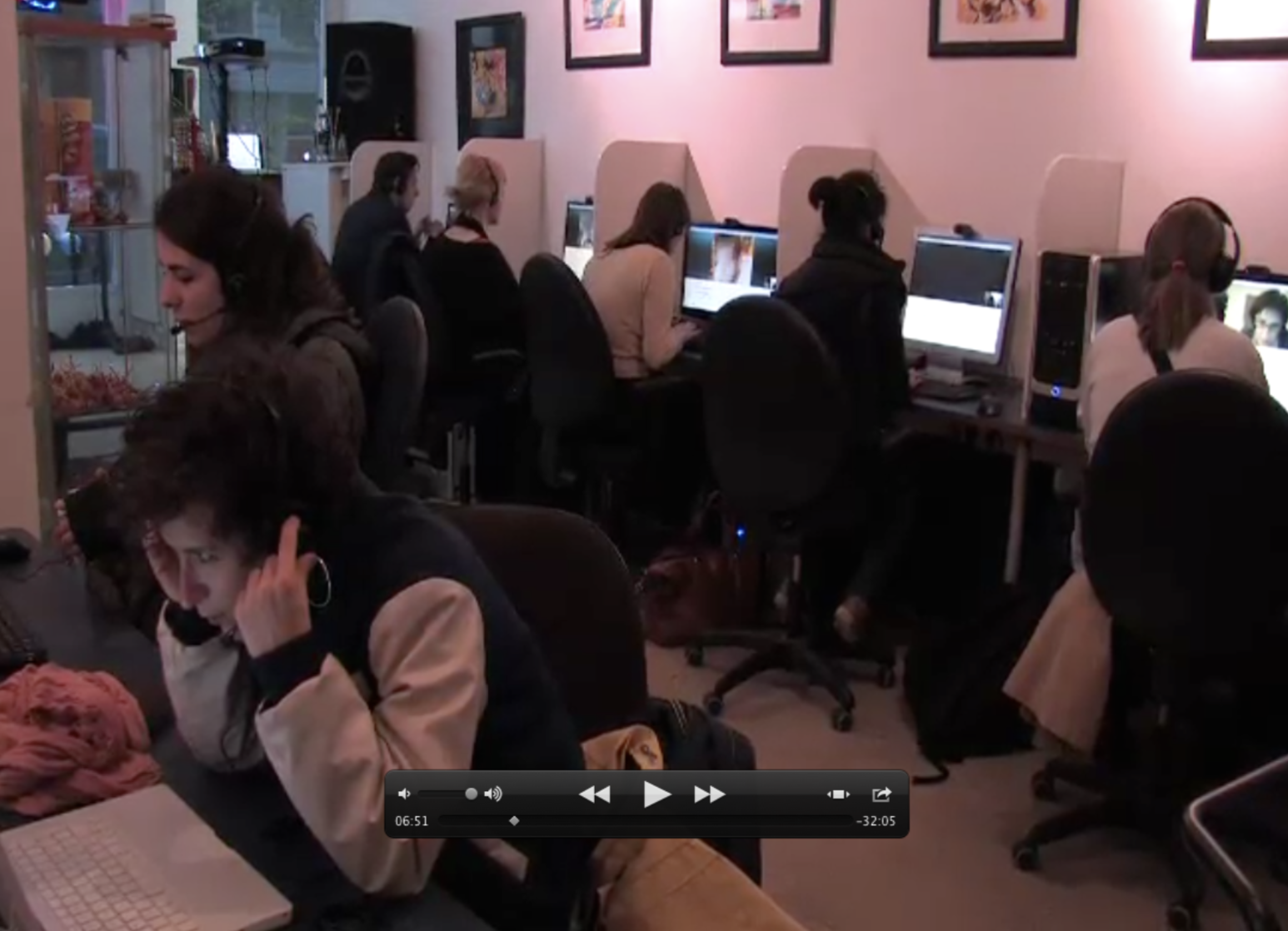 Margarita Tsomou, Face to Face with the Many – Action with Video Calls, 2014, Hamburg

From the social movements of 2011 to the protests of the Taksim Square and the Ukrainian Maidan, practices of gathering in and occupying urban squares have repeatedly emerged as formats for political articulation. The people who gathered in the squares were a heterogeneously composed group. They were labelled, respectively, as the ‘outraged’, the ‘aganaktismenoi’, the ‘99%’ or the ‘Capulcus’, and could not be thought of as a clearly identifiable social group or class. They were assemblies of different conceptions of the ‘many’ as they invented and shifted the conditions of their political and media representation. “You do not represent us”, the slogan of the Greek occupation of Parliament’s Syntagma Square in 2011, was addressed to parties, unions and NGOs, but also to representatives of the mainstream media. Instead of letting these agents speak for the many, diverse forms of self-representation were created. In her research project, Margarita Tsomou investigated these acts and forms of (self-)representation of the protests at Syntagma Square. In this research process, Face to Face with the Many – Action with Video Calls was a one-on-one assembly, organised through videocalls in a Hamburg Internet café. It dealt with the media and performative practices of the protests on Syntagma Square and tried to create a format that tested forms of representation of the many by the many. To find her contributors, Tsomou issued an open call for participants for both sides of the online assembly – the Greek and the Hamburg side. Hence, she did not ‘choose’ participants, but tried to open the process for those interested in or connected to the specific social context. Then, in Face to Face with the Many­ – Action with Video Calls, Tsomou invited participants of the occupation of Syntagma Square to Skype conversations with twelve audience members from Hamburg to talk for one hour about their singular stories of the occupation and discuss its sustainability. The occupation of Syntagma Square – an event that was then three years in the past – was the occasion to discuss current topics such as crises, Europe, elections, parliamentarianism and democracy, self-organisation, solidarity and alternative economics, practices of exodus or new constituting processes from below. Tsomou’s intention was to distribute knowledge about the protests in Germany through multiple perspectives of different people in order to strengthen the connections between different European activist networks. The project aimed to initiate a link between Hamburg and Athens and offered a space to contribute to its expansion. Tsomou saw Face to Face with the Many­ – Action with Video Calls as a reaction to or an expression of her research as well as as a tool for mutual knowledge production between the participants of the assembly.